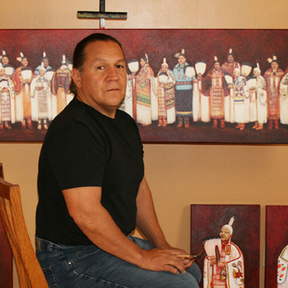 Daniel Borja Ramirez is born on June 1st, 1953 and is a certified descendant of the Saginaw Chippewa Tribe of Michigan. His mother was born in 1917 and was full blood Saginaw Swan Creek Black River Chippewa. For many years, Mr. Ramirez has dedicated himself to becoming the best painter of contemporary woodland images and his dedication has been in memory of his mother. With her as an inspiration, Mr. Ramirez has succeeded to receive his bachelor’s degree and a master’s in fine arts, both from the University of Michigan, and has built a successful art business. Mr. Ramirez has won several awards across America in prestigious art competitions. He has been well recognized for his work in watercolors and acrylics and for his drawings in charcoal and pastels.

The National Museum of American Indians in Washington DC featured his work in May and June 2006 where Daniel presented his most current work on the theme “Caring for Our Elders” and he also explains his artistic interpretations about the concept of Matriarchy in Native American Community. Under the sponsorship of the Smithsonian, Daniel undertook the outstanding task of making the World’s Longest Native American Painting. Since, this encyclopedic endeavor of depicting 365 Women from different tribes across the entire Nation has been strongly supported by private collectors and museums around the Country.

Daniel Ramirez work has been displayed in several museums as part of their permanent collection and his work is regularly purchased by more than 70 art stores, museum giftshops and galleries from New York City to Los Angeles. His collector base is well developed, and they have shown a constant interest in his new work.

Daniel’s companies Native Image and Studio 13 have been in existence for over twenty years. He continues to create Woodland Arts for several Native American tribes throughout the Midwest as well as other parts of the country. He has been presenting his work in Native American Art Shows, Nationwide Conferences, Academic Programs and events, several Tradeshows and many prestigious Art Fairs throughout the Country for more than 20 years. His business has been a leader in contemporary art innovation, thus demonstrating the range of new Indian directions in art. Mr. Ramirez’s innovations include interpreting Woodland Arts using digital imagery and designing and incorporating these images in several other new media. In 1999, Daniel received the prestigious Dupont Antron Award for his work in carpet design. With the assistance of his Life partner and business coordinator, Jerome Dupont, Mr. Ramirez continues to consult and support tribal entities with art matters concerning museum and casino designs and renovation. 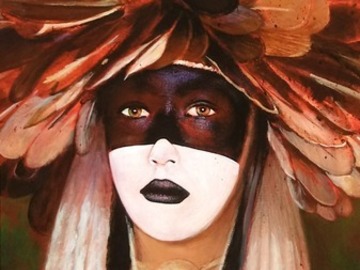 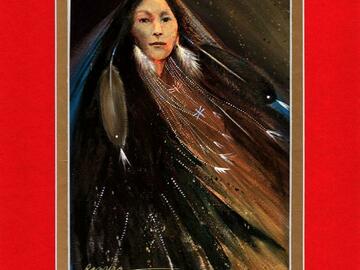 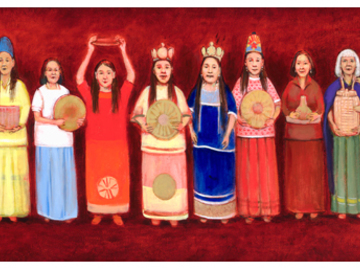 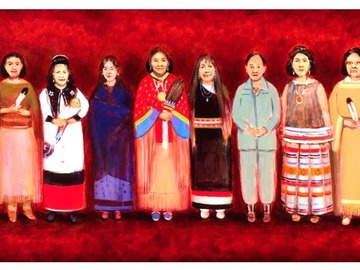 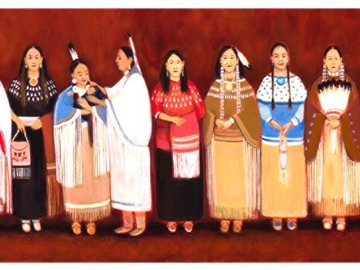 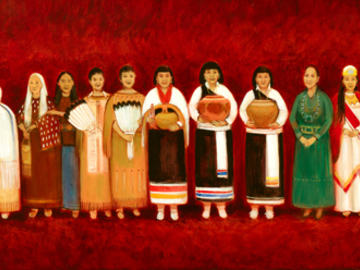 Beautiful print and arrived without any damage!